The Joy of Improvisation 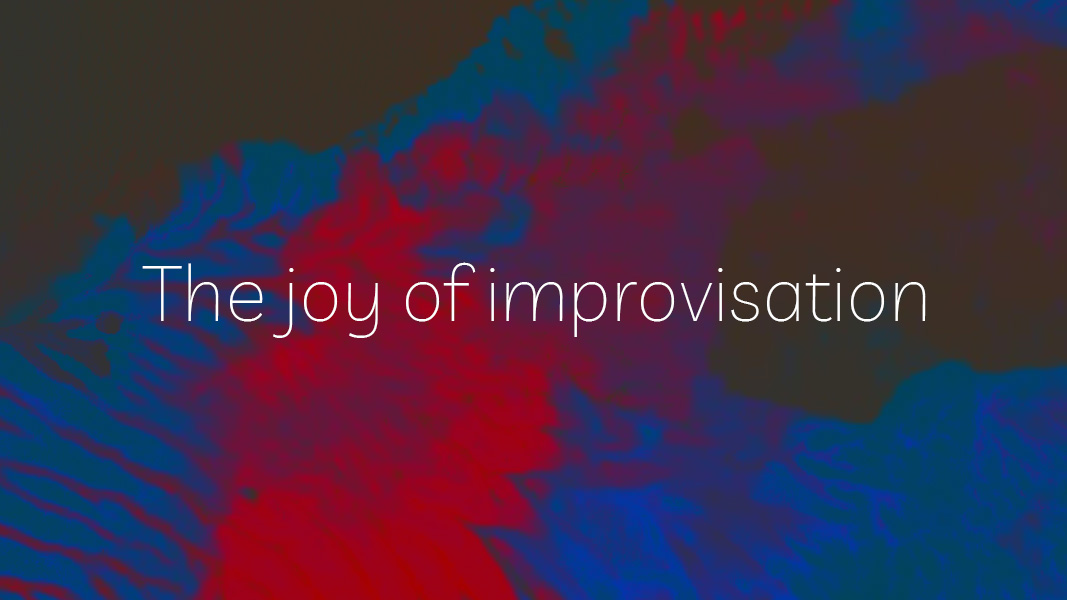 Whilst falling down a YouTube rabbit hole this evening, I stumbled upon the video above. I had never heard of Larnell Lewis before this evening. My son, who’s 10 years old, is learning to play the drums – and as we now have a drum kit in the house, it’s also become something of a hobby for me too. There’s a lot of drumming going on around the place, and both of us have enjoyed watching videos, listing to master classes and testing out new things on the instrument.

The video above shows Larnell Lewis listening to ‘Enter Sandman’ by Metallica, for the first time. As he listens, he’s taking in the song – examining the phrasing and structure and generally getting his head around how to play it himself. He’s clearly a very accomplished drummer. And I mean VERY accomplished, and I expect that ‘Enter Sandman’ isn’t the most difficult drum piece he’s ever challenged himself with, but nonetheless, it’s new to him.

Watching him play along was a joyful experience. You’ll see that as he gets into the groove, he starts to express himself more freely, stamping something of his own identity on the drum parts of the song.

He’s not playing exactly the part as written by Lars Ulrich, the Metallica drummer, although it’s pretty close.

But in jamming along, finding his rhythm and relaxing into the song, he’s improvising some new parts – particularly on the bass drum pedal, I noticed.

When it comes to creativity, improvisation is an essential part of the process. It’s creative freedom – the bit when there’s no right, and no wrong answers – just a sort of lyrical connection to the work, whether it’s visual, audio, audio-visual or anything else for that matter. Improvisation permits us to get into the zone, our own zone – and to let whatever is inside us to come out. It’s enables us to show our unique identity, and that’s what we’re all trying to achieve isn’t it?